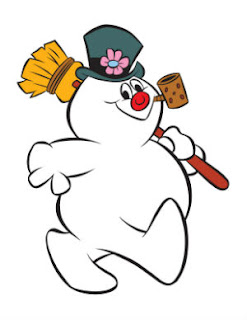 A key idea in astronomy is that stars form from collapsing clouds of gas and dust. The left over materials from the star formation swirl around the star in a flat plane known as a protoplanetary disk. Planets are thought to build up from the progressive clumping together of this matter, an idea known as the core accretion model. An important dividing line in the protoplanetary disk is the snowline, the point at which gas molecules freeze out onto grains of dust. More specifically, the water snowline is thought to be very important because of the number of planets that have high compositions of water ice. A planet's bulk composition is presumably highly dependent on the location of its formation relative to this snowline.

This transition from gas to water ice happens when the temperature drops below 100 K. For most protoplanetary disks, this means that the water snowline is only a few astronomical units (AU) its star, making it difficult to observe. However, young forming stars sometimes have outbursts as they accrete matter. These bursts heat up the surrounding disk and cause ice to turn to gas. Following the burst, the dust cools relatively quickly, but it takes longer for molecules to freeze back onto those dust grains. The result is that this temporarily moves the snowline out further. This has been previously observed indirectly using a carbon monoxide isotope (C18O) as a marker. CO was used as marker because water is harder to detect with spectroscopy and CO's volatility is similar to water.

In a recent study accepted for publication in the Astrophysical Journal Letters, researchers investigated V883 Ori, a young 1.3 solar mass protostar with a surrounding disk and evidence for an ongoing burst (i.e., its near-IR spectrum is similar to other protostars undergoing outburst). Similar to carbon monoxide, methanol (CH3OH) can be used as a proxy for water because of their similar characteristics. As party of an ongoing survey to study such disks, the researchers discovered both C18O and CH3OH using a combination of the Very Large Array (VLA) and the Atacama Large Millimeter/submillimeter Array (ALMA). They found that the methanol was thermally desorbed (i.e., released from the dust), implying that the water snowline may reside at about 100 AU.

As shown in Figure 1, the researchers used a moment map to display the kinematics of their results. In the top half of the figure, the blue and red contours correspond to the blue- and redshifted emission transitions that were detected for each molecule. The velocity gradient shown is what would be expected for a rotating disk. In the bottom half of the figure, the radial profiles are shown indicating a water snowline around 100 AU.
The researchers state that it is not possible to determine the exact location of the water snowline without a better physical model of the protoplanetary disk. This is due to the fact that while methanol's gas phase is influenced by the temperature in the disk, its presence is also affected by radiation, which can dissociate the molecules. Therefore, material in the disk shielding the methanol from radiation plays a factor in how far out the water snowline may actually extend. The researchers suggest more detailed modeling of the disk as well as using other molecular tracers to further constrain their result. The chemistry around forming stars is complex and difficult to study due to its proximity to the star itself. Therefore, young systems undergoing outbursts such as V883 Ori will continue to provide astronomers an invaluable opportunity to probe the processes that contribute to planet formation.